in grief for baby zahra 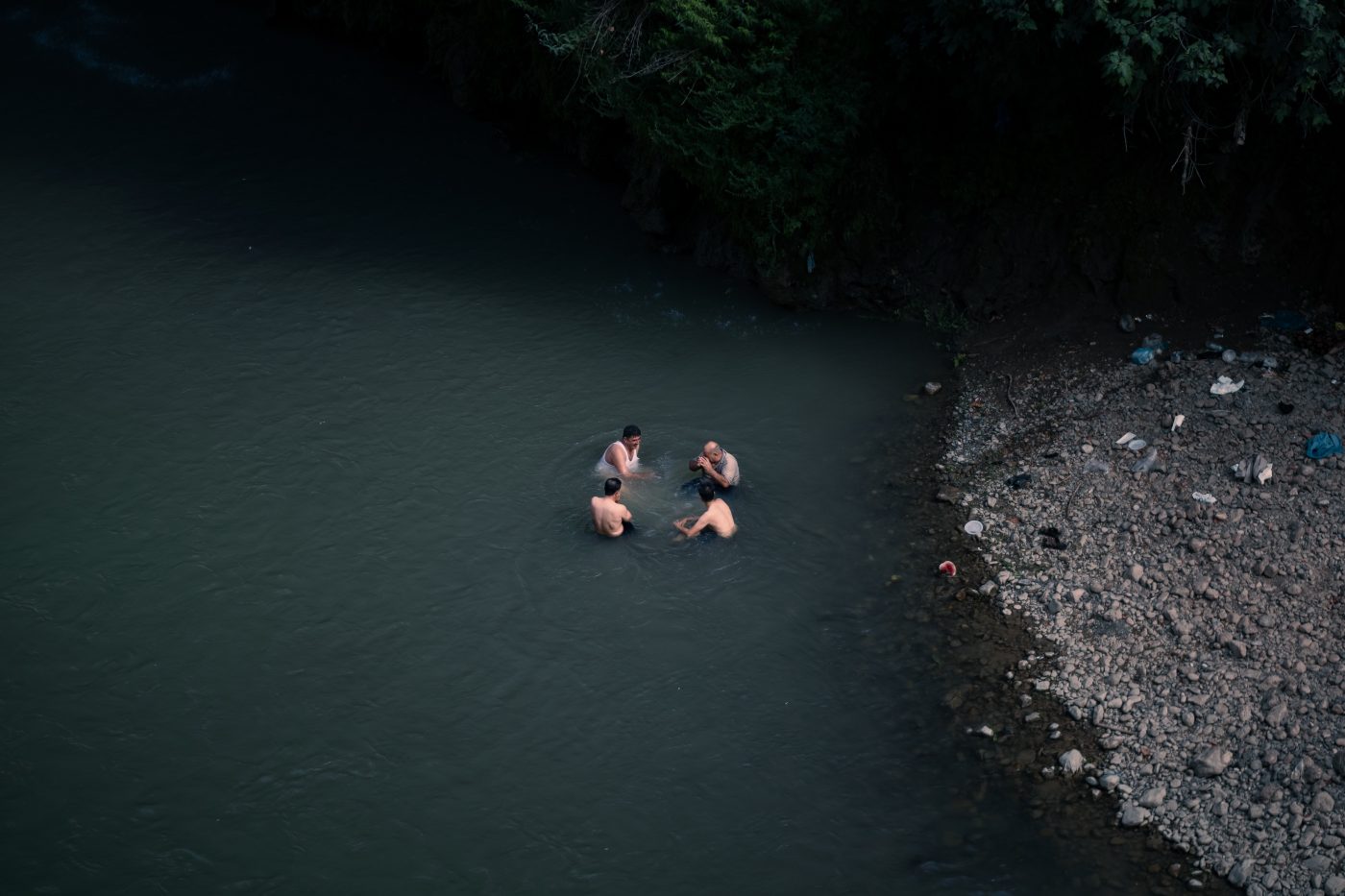 Baby Zahra was just 11 months old when a bomb killed her along with other eight tourists. It happened and you might have never heard of them

In the summer, it gets hot in Iraq.
So scorching your clothes are on fire. One with your skin. You just want to escape.
It gets so hot the pavement in Baghdad is like chewed bubblegum underneath your soles.

The weather in 2022 became anarchic to the extent nine sandstorms afflicted the country in just two months, hospitalizing ten thousand, killing one. Or more than one (we know that with body counts newsrooms are quite stingy when it comes to Iraq).
Businesses halted when the sky turnt red. You. Could. Not. Breathe.

Except that it was not anarchy: it was climate change.

The near Orient is burning like never before and is now considered one of the most vulnerable regions to bear the brunt of climate emergency. Temperatures have risen far, far faster than the world’s average and experts predict longer, more frequent droughts.

Iraq, in particular, is ranked one of the world’s most fragile nations of all.
You cannot even say When It Rains, It Pours.

Temperatures in Baghdad can easily reach 50 degrees Celsius; the same goes for the southern provinces.
Electricity works on and off. Off for long hours. Off when you need it the most.

You roast, grill, fry, sizzle. Liquify and evaporate. All on your own.

The Henley Passport Index is the authoritative ranking of all the world’s passports according to the number of destinations their holders can access without a prior visa. Translated into everyday words: the Index ranks how strong your passport is.
If you are Japanese, most of the world is within reach as yours is the number one passport that opens the doors to 193 countries without the headache of too many formalities or even a visa.
If you are Afghani, you possess the weakest document on the planet, standing last in line at #112 with only 27 countries accessible.
Iraq follows with 29 countries reachable.
La crème de la crème of the unwanted.
In case you wonder, Iraq is followed by Syria, Pakistan, Yemen, Somalia, Palestinian Territories.

For Iraqis, combination of hot temperatures and weak passport have opened the doors to domestic tourism with a crescendo of families choosing to holiday in Iraqi Kurdistan, the very reasonable and accessible destination for many.

Cancel any stereotyped concept of a desertic Middle East: Iraqi Kurdistan boasts of green mountains, impressive landscapes, rivers, the water element, religious tolerance (different ethnicities and faiths coexist) and some of the most stunning sceneries in the entire region.

The main attraction in Erbil is its old bazaar and ancient citadel with the fort believed to be the oldest continuously inhabited settlement in the world: all reasons that granted the citadel the Unesco World Heritage Status.

Most important of all: it is not a war zone, it is not packed with terrorists. Quite the opposite, it has done a meticulous job defending its autonomous status and borders.

Even small-scale crime is almost non-existent. They say that if you forget your phone in a café in Kurdistan, your mobile will still be there, where you left it, after hours.

Holiday packages are accessible to middle-class families who cannot afford to travel abroad to favourite destinations like Egypt, Turkey and Lebanon. Four nights in Kurdistan including hotel and transportation cost 80 USD per person, whereas traveling abroad costs 8 times as much.

After the defeat of the Islamic State in nearby Mosul (less than a hundred km away) with its over 10.000 civilians dead as the ultimate price in the final battle, Iraqis need respite. The Islamic State came after decades of a never-ending war.
If there is a people in need of a holiday and the taste of peace it is the Iraqi population.

History, instead, had other plans.

On July 20, Kurdish and Arab tourists, including children and women were caught in a barrage of artillery shells on Zakho, Iraqi Kurdistan. Nine civilians were killed, including baby Zahra, only 11 months old.
Including Abbas Ala from Baghdad who had been married for five days (120 hours) and was honeymooning.

Twenty-six were injured. Some claim twenty-nine. Even thirty-three.

The sky rained bombs and in a video the owner of the tourist resort stated There were wounded children in the water. They were about to drown but no one to go and help them.

This latest attack occurred soon after the arrival of twenty busloads of tourists.

Iraqi Prime Minister Mustafa al Kadhimi condemned the damage caused “to the life and safety of Iraqi citizens” pointing the finger at neighbouring Turkish forces. Ankara replied they were saddened by the episode, specifying that they pay the utmost attention to the protection of civilians in their military operations against the Kurdistan Workers’ Party (PKK).

The PKK is a political/paramilitary group active mainly in southeastern Turkey and northern Iraq; Turkey, along with the European Union and the United States, considers it a terrorist organization.

And though Turkey often carries out airstrikes in northern Iraq to target the PKK, this time they claim to be alien to the massacre. Furthermore, Turkish foreign ministry denied any responsibility for the attack accusing “terrorist organizations” of using these attacks for propaganda purposes.

So. Far. No. One. Claimed. Responsibility. People. Died. On. Their. Own.

Newsrooms around the globe destined a couple of minutes to massacre in the aftermath of the bloodshed. The news ended in the Middle East section on many papers for one day and, as it often happens with Iraq, the world moved on. Quickly.

It is Iraq, in the end. We expect the news to move on. We have always done so.

We moved on since the first Gulf War when they prefabricated the lie that a coalition of thirty-four bombed the hell out of Iraq with intelligent and tactic bombs, falsely implying they killed only the bad and bombs were so precise mistakes were impossible, damage so infinitesimal it was never worth reporting.

In the course of the first and second Gulf War and the heavy air raids in between (a span of ten years), casualties were not to be disclosed so that we could move on.

And so, 30 years on, we move on in total darkness with no idea where the body count stands — from either side, if collateral damage was inevitable and why, just during the First Gulf War, 85% of Iraq’s power generators were destroyed along with half of the country’s 900.000 telephone lines, eight dams, over thirty sewage stations (twenty in Baghdad), twenty-eight hospitals, fifty-two health centres, farms and grain silos, a hypodermic syringe facility, one hundred thirty-nine bridges, eight universities, six-hundred sixty-eight schools, fifty-six mosques and, horror of all, why Iraq’s only baby milk powder factory at Abu Ghraib, the only specialized factory in the whole region, was bombed three days in a row.

We believed the lies and forgot there were satellite images and radars, that for the first time in history there was technology we could rely on to cross-and-double-check.

We moved on the same way we move on now with the amateurs’ videos of 11-month-old baby Zahra’s blood-covered body being handed from the mother to the doctors at the ER, to the pick-ups transferring the wounded from the resort in Zakho to the hospitals.

Zahra’s casket, wrapped in the Iraqi flag, was smaller than our ordinary Amazon box.

Zahra was buried and because she was not born in Paris, her family will have to deal with pain for the rest of their life with no solidarity.

I know Zahra was not the first and definitely will not be the last.
But she weighs heavy on my heart.
I am currently in a rural area and the dark sky tonight is filled with stars.
The opening scene of an Indian film comes to mind :

-So many stars are over there. Do they also have fathers?
Yes! They have.

-God?
Is God as much a good father like you?
Yes, dear. He is better than all

-Why are stars born?
Stars are born when we feel lonely.
Come. Let’s get up now

-Your grandma’s, mom’s, sister’s, aunt’s, doggy’s, mine.
Each one of us has our own star of loneliness.
Isn’t it daddy?

I do not know if God is a good father.
I look at the night sky and think of Baby Zahra.
In the meantime, can someone lend me their star? I feel so lonely with mine. 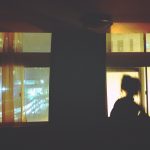 Prev we, the ordinary
Next fire for blood 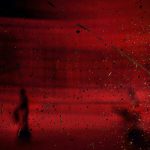