are we just birds in a cage? 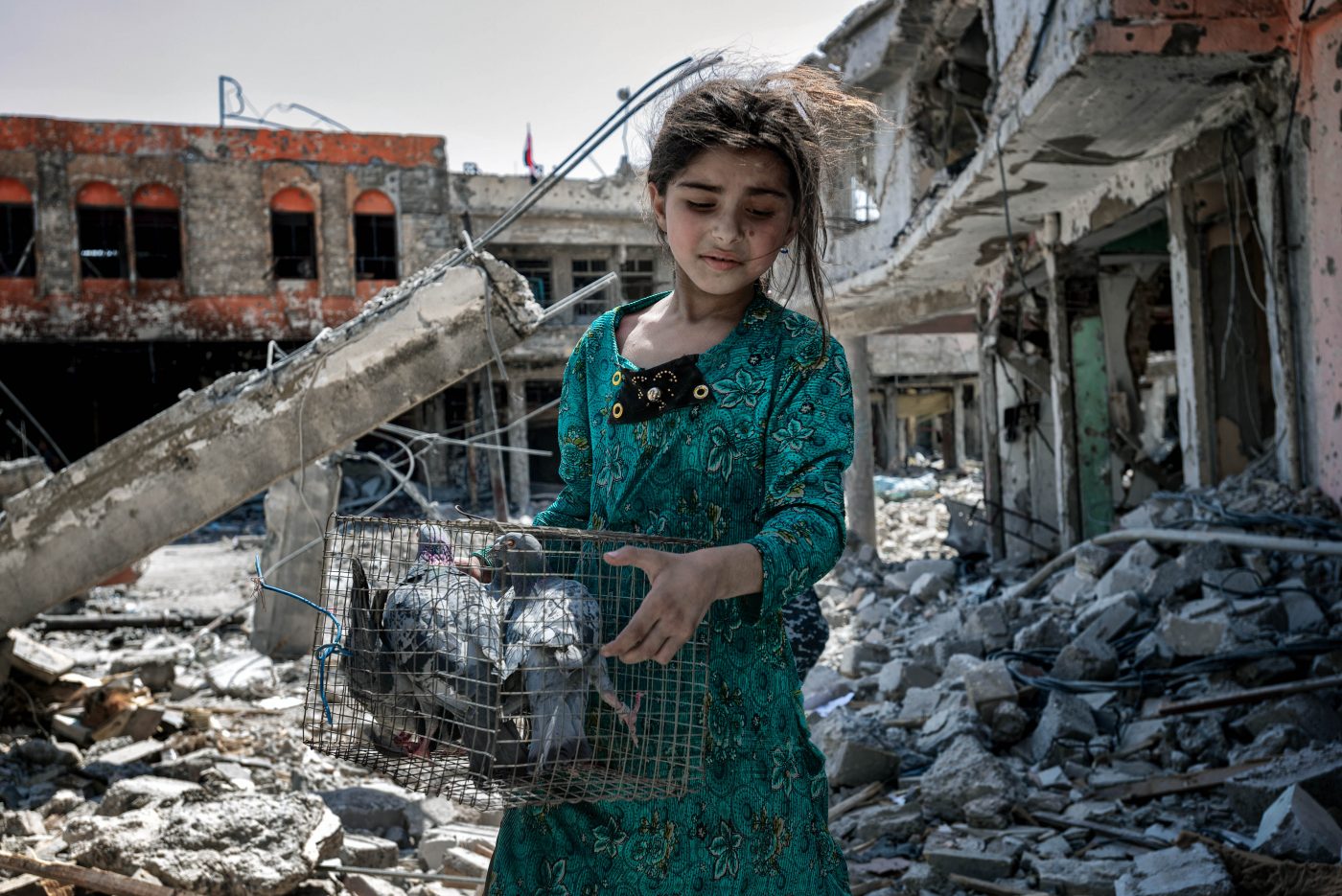 In the summer of 2017, Hervé Jakubowicz was in Mosul, Iraq – at that time, one of the last places on earth that a person would choose to be.

He visited Iraq previously, as a humanitarian, after the first Gulf War in 1991.  In late 2016, something drew him back (a fascination for the country, the search for a story) despite the conflict, despite the personal risks.

He entered a maelstrom. The site of the largest urban battle since World War 2.  As Herve says, ‘History came to me’. He stayed, because he thought the world needed to see.

The ordinary civilian people of Mosul were there without choice.  Mothers, fathers, sons, daughters, sisters, brothers, grandfathers and grandmothers, closest friends, first loves, lifetime loves.  It was their home.

Herve’s own words best describe the circumstances in which the compelling image, above, was taken.

Mosul was a nightmare. Air strikes, snipers, drones with grenades. The city of two million people was completely destroyed. It was the last days of the war. In the middle of the old town. As soon as the Iraqi army liberated a house or a street, civilians would run for their lives, away from ISIS. This young girl was one of these civilians. She appeared in this wide street, with her cage. I had just a few seconds to take the picture. She was like an angel in the middle of hell. I still wonder why she was carrying the birds. Probably the last thing left from her past life. There was no adult with her.

Like all escaping civilians, she was sent to a refugee camp where she would probably have stayed for months or years.

Herve’s photograph speaks to us.  It draws us into the young girl’s world. The excruciating moment itself, and the film reel of unthinkable horror that preceded it.

There are countless millions like her, lives displaced and destroyed by conflicts in which they have played no part. Everyday, ordinary families pitched into living hells.

The image implores us – but what are we to do?

We don’t have the answers.

But the least we can do is live with grateful, loving and compassionate minds.  Value our communities, see and share the abundance in our lives, think and act connectedly in all we do in the world. An infinite variety of possible ways to care are presented to us daily, if we would just wake up.

The least we can do is to resist the conditioning that keeps us functioning as if more than 7 billion other intricately connected human lives do not matter;  as if the suffering of millions is wallpaper in an insignificant corridor we are passing through on the way to all that matters, the comfort of our own existence.

We all matter – wherever we are, whatever we believe, whomever is governing us, whatever we own or don’t own.

If we do not think and act this way then, in truth, our wings are clipped and we are living as caged and helpless as the birds that a distraught orphaned Iraqi girl carried through bombed-out, sniper-strewn Old Mosul streets.

We are all, better than that. 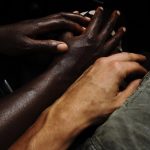 Prev we are one
Next keeping it real 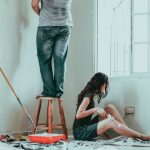